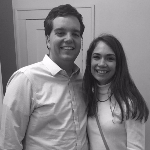 Emma Rogers and Tyson Bird are junior journalism majors who write "Dinner for 2ish" for the Daily News. Their views do not necessarily agree with those of the paper.

We started cooking together in the summer of 2015 and have planned and cooked a dinner every week since. Our recipes are often inspired by the New York Times’ cooking website but are adapted to fit Muncie availability and a college budget. Our first dish is a healthy vegetarian pasta that will make four meals — adjust quantities if that's too much. 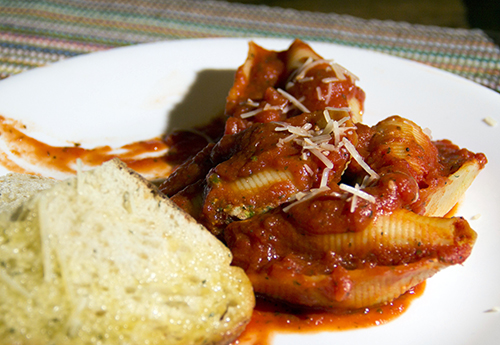 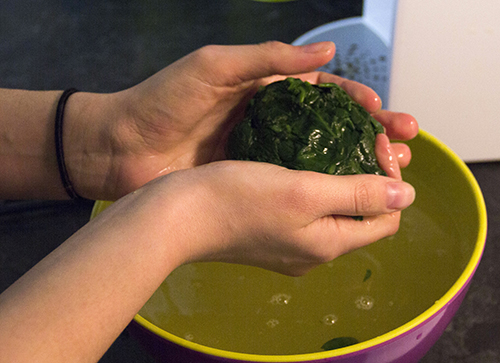 1. Blanch the spinach. To do this, we boiled a pot of salted water. In the meantime, we filled a bowl with cold water and put a few ice cubes in. Once the water in the pot boiled, we added the entire bag of spinach and stirred it around with a slotted spoon for about 30 seconds. Once all the leaves wilted, we moved the spinach from the boiling water to the ice water.

2. Next, we removed the spinach from the ice bath and squeezed out all of the water, forming a ball shape.

3. Make sure the spinach water is still boiling. We had a few extra shells around, so we actually made a little more than one box. Cook these for about 10 minutes, but test frequently (the shells should be slightly under fully cooked). 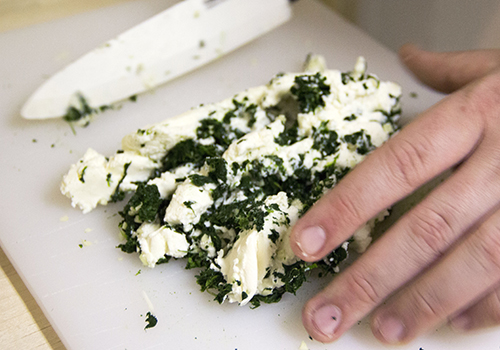 4. While the shells boiled, we chopped the garlic and spinach together to form a mash. To this, we added the entire container of ricotta and one egg, using the knife to combine. Our directions said to use a food processor — it would have made the job much easier, but we don’t think it affected the taste. Finally, add 1/3 cup of parmesan to the mixture.

6. Drain the shells, then mix with a tablespoon of olive oil. Spray or coat the bottom of a 13x9 pan and stuff the shells with the spinach/ricotta mixture. 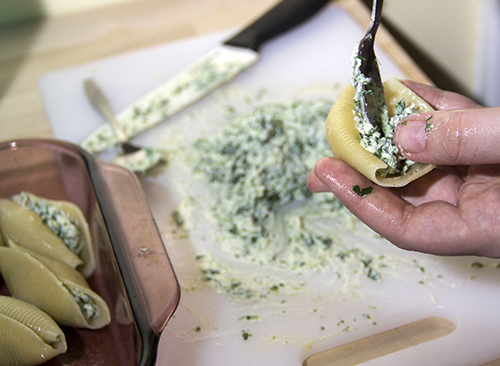 7. We used a spoon to fill the shells. You want them to be full but not overflowing. Once you’ve lined the entire pan (or run out of shells), cover with the jar of sauce.

8. Cover the pan with aluminum foil and bake for 30 minutes. 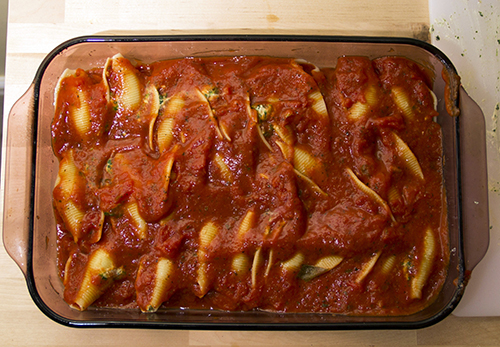 9. Sprinkle extra parmesan on top. We served it with bread dipped in olive oil and parmesan.