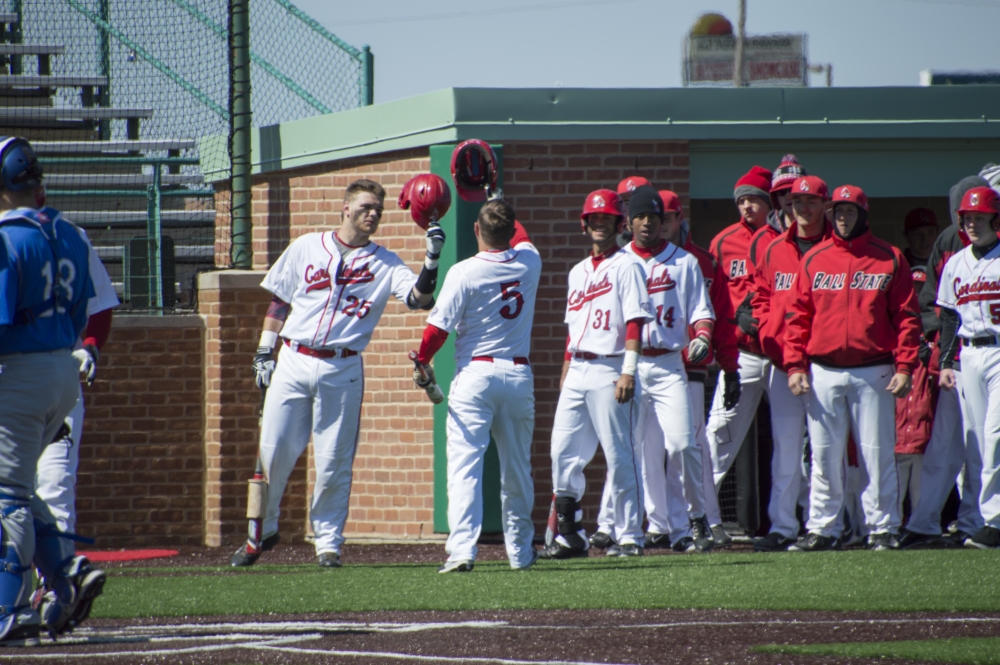 Four Cardinal baseball players — all juniors — have been named top 300 prospects by D1baseball.com.

“He had a dream about our class,” Rindfleisch said. “[He] got us the new stadium, got us the new stands, and he said junior year is going to be your big year. It’s kind of showing off before the season with all of this stuff, but it’ll definitely start to show once we start playing.”

Ball State finished the 2015 season 33-25 overall and third in the Mid-American Conference West Division with a 14-13 conference record.

Rindfleisch finished the season tied for second in the MAC with 10 home runs and third in the conference with 47 RBIs, and Call was sixth in the MAC with both a .339 batting average and 42 RBIs.

Plesac was a workhorse for the Cardinals and the only MAC pitcher to throw more than 100 innings with 107.1 innings pitched. He was fifth in the MAC with 77 strikeouts on the season.

Rindfleisch said the trio translated their success into a summer playing in the Cape Cod League.

“It just showed that Ball State does belong,” he said. “We held our own, we showed some stuff, and if anything it gives us three the confidence to come back here and really look our team in the eyes and say our goal of getting to Omaha, [Neb.] — it really isn’t that far out there.”

Alex Maloney finished 2015 with 14 doubles, tied for the 10th-highest mark in the MAC.

He said the rankings are a byproduct of the Cardinals’ success, and improving on last year's mark is the team's top priority.

Ball State opens its season on Feb. 19 in Surprise, Ariz. Its first home game will be against the University of Dayton on March 18.