The introduction to "Stomping Ground"

Lyn Jones, an assistant professor of English, taught the class and wrote the book’s introduction. An excerpt from the introduction to “Stomping Ground" is below.

“Our essential and guiding element was that it is an honor to be trusted with someone’s story. And our role was to honor our young community writer’s voices so the rest of the world can hear the poignant, humorous, and brilliant wisdom that only young writers possess.

A discovery my Ball State students and I made during this semester is that young writers haven’t learned to filter. They don’t yet know what society teaches us about not sharing or revealing too much about ourselves. You ask them a question, and they will answer it with brutal honestly. You ask them to create, and they will conjure worlds and images we can’t imagine. You ask them to tell you a story, and they will paint every sensory detail with their words. 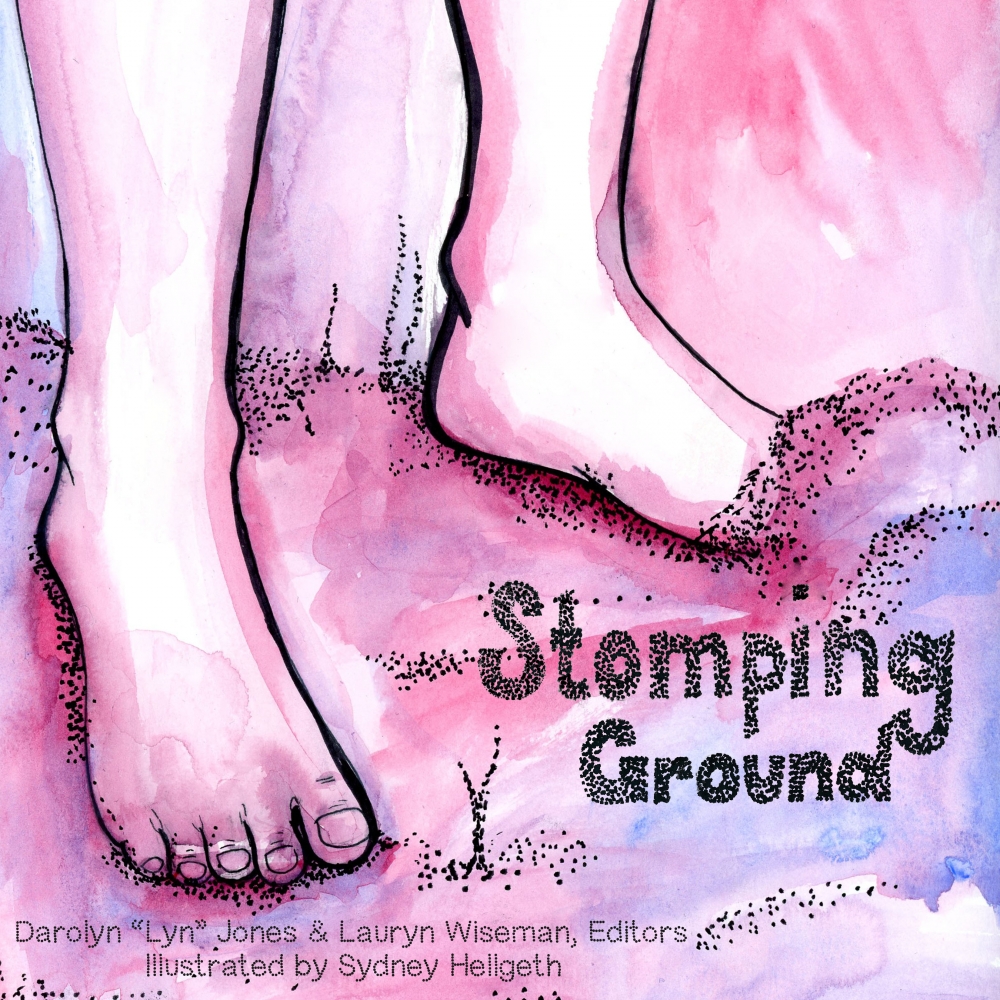 Ball State’s Creative Writing in the Community class wanted to give youth in the Muncie community a chance to write creatively.

Over the course of the 15-week class, they did more than that — they gave the kids a “Stomping Ground.”

“There is a need in this community, in the Muncie community,” said Lyn Jones, an assistant professor of English and professor of the course. "People want their kids to write outside of school, because that’s not creative writing what they do in school.”

For the immersive learning course, the class brought in young students from different Muncie elementary schools. Then the Ball State students spent time writing memoir and nonfiction pieces and working with the kids to produce pieces for the “Stomping Ground” anthology.

This was not the first time the class was taught, but it was Jones’ first time teaching it. She wanted to produce a published anthology and impact the community.

“I’ve gotten so many calls from people in the community saying, ‘Can we do this again? Can we do this for adults? I want to write about this too,’” Jones said. “I think we have this idea that creative writing is only something for certain people, and we proved otherwise. People want this, so I hope we can do more of it.”

Early in the Spring Semester, she asked her students to create metaphors of what memoir writing is. Niki Wilkes, a 2015 graduate, compared writing to “grabbing a shovel, breaking ground, digging a hole and discovering treasure,” according to a press release.

With this metaphor in mind, Lauryn Wiseman, Jones’ teaching assistant and 2015 graduate, came up with the title “Stomping Ground.”

“Here were these kids who were just starting to explore this world and creating their own stomping ground,” said Taylor Wicker, a senior creative writing major and class member. “We wanted it to become this metaphorical, communal space for us to explore this beautiful craft together.”

Wiseman took on an editorial and technical role in the book. She worked with the Ball State students on improving their pieces for the book, and she noticed the project’s impact on them.

“Many of [the students] learned how to write better themselves. They saw how they overthink things sometimes or can’t tap into that thought or take on a creative prompt,” Jones said. “You should learn as much from your students as they do from you. You can’t just write with creative writers. You’ve got to write with everybody.”

There were about 20 young writers compared to 10 Ball State students, so each student worked with a few writers. The students wrote prompts with examples for the kids to give them a model, and the students also wrote pieces in response to the kids’ writing.

“It’s so raw and heartfelt,” Wicker said. “No one in their life has told them that you need to give this to your peers to edit ... seeing that next to college kids' writing and people who have been writing for years, I think seeing that evolution and seeing the parallels between those two writings is really refreshing.”

The class also created its own press — called 409 Press to match the course designation ENG 409 — through IngramSpark to publish the final anthology.

Although the book will not be available for purchase online or in stores for about three weeks, Jones said the group has about 150 ready for the book release on May 28. The book release will take place from 5-6 p.m. at the Maring-Hunt Library.

By Joseph McKeigue / 18 hours ago

With information obtained from the Associated Press, this is the week of May 14-May 21 news and events.

In Case You Missed It: Placing Muncie on track: Big Four Rail Park seeks to provide an outlet for the community by creating the city’s first railfan viewing area

By Charleston Bowles / 18 hours ago

Trains and railroads connect communities, which is what Big Four Rail Park and its staff hope to do in Muncie.